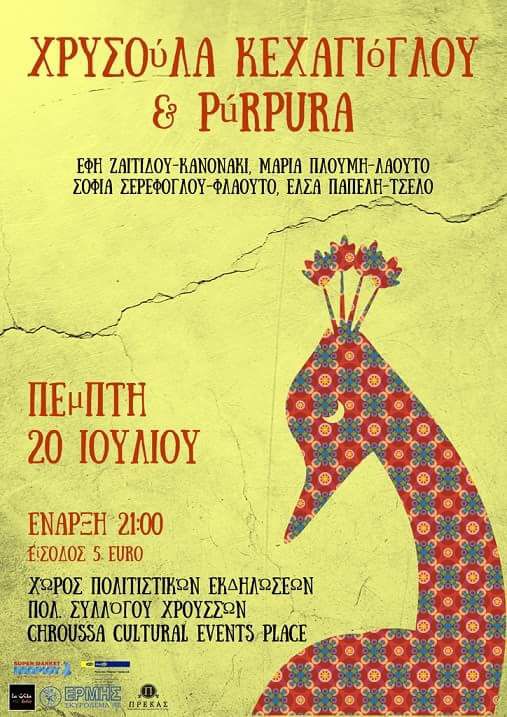 In 2014, Chrysoula Kechagioglou formed a female music group called “Púrpura”. The group performs the songs of her personal CD called “Sa Fylachto” (Like a Talisman), but also songs and musical pieces from the Celtic, Greek and Western and Eastern traditions, making a journey from the coast of Attiki to Argentina and Azerbaitzan, always connecting the various traditions with the Greek culture.
Some of the most interesting things about this group are: the strange choice of co- existing instruments (cello with flute and alto recorder from classical music, canun and lute from traditional music!) and the extraordinary musical level of the members of the group. The mood is playful and experimental and the musicians use their instruments in unusual ways, when needed!
The band has often performed in various festivals and venues in Greece and in May it had its first presentation abroad, in Graz, Austria.