BOSTON IRISH – March Album Reviews – Mozaik, “The Long and the Short of It” 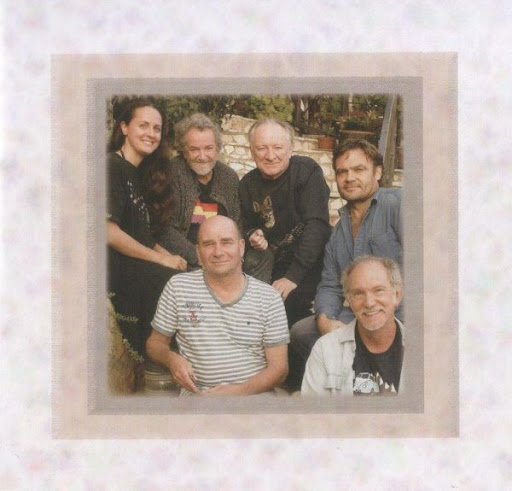 Mozaik, “The Long and the Short of It” • This space sang the praises of Andy Irvine last month, with the recent release of his “Old Dog Long Road” retrospective. Well, here we go again, although in this endeavor he’s got plenty of company: old Planxty chum Donal Lunny, American old-timey musician Bruce Molsky, Dutch multi-instrumentalist Res van der Zalm, and Bulgarian Nikola Pirova. As Mozaik, these five have for almost two decades now been finding common ground between the Irish, Appalachian, and Balkan music traditions. And on this, the group’s third release (recorded in 2015 but only issued several months ago), they add yet another element: Greek folk music, in the person of guest vocalist Chrysoula Kechagioglou who, while only appearing on a quarter of the album’s 12 tracks, is an absolutely enchanting presence.

The sheer variety of instruments these guys play make up a small orchestra: bouzoukis, mandolins, harmonica, guitars, fiddles, five-string banjo, whistles, uilleann pipes, bodhran, and from the Balkans, the violin-like gadulka, kaval (a wind instrument) and the gaida (bagpipes). Irvine leads on four of the songs, Molsky two, adding Dublin and American voices to the mix. Not to be overlooked is another guest singer, Ágnes Herczku of Hungary, who vocalizes a Moldavian tune that leads into a dance melody (“Gyimes”). The overall effect is exotic to say the least: vintage Irish folk revival fretted-string accompaniment, old-timey/Appalachian drive, Eastern European rhythms and intervals – sometimes intertwining, other times set off against one another, but always holding together the vision of commonalities in cultures and music traditions.